One Man's Trash is Another Woman's Treasure 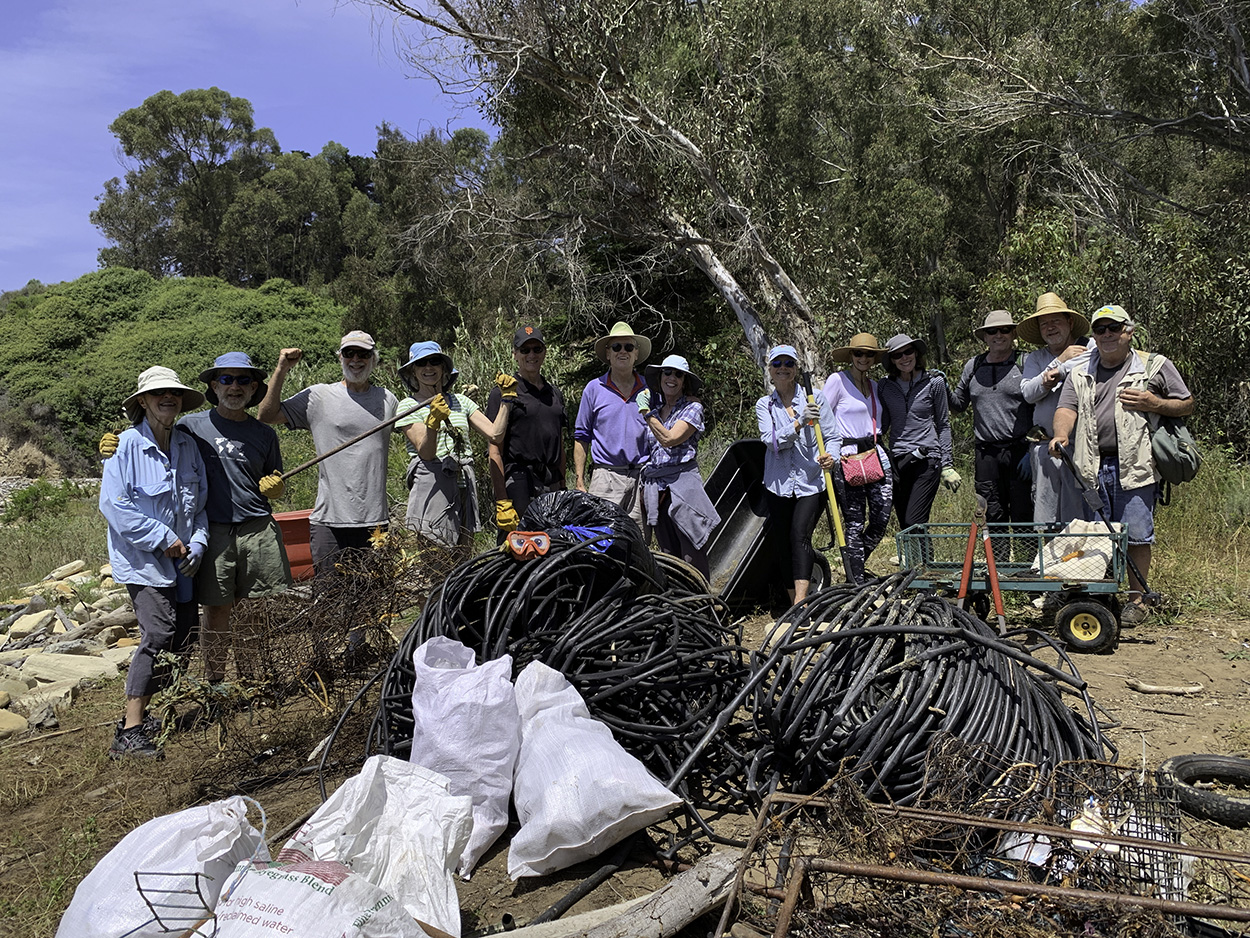 Some time ago, before “social distancing” mandates were imposed across the lands, a group of hearty Gaviota guardians were called upon to remove a large amount of plastic debris near Driftwoods Cove. This volunteer group toiled for the good part of a day dragging irrigation tubing and various other rubbish from the picturesque beach. Jim and Susan Deacon filled their truck full of trash. Warren Powers filled his van with an 8 x 3 ½ foot piece of corrugated plastic tube and drove to the dump to see if it could be recycled. No dice. The transfer station could not repurpose it. 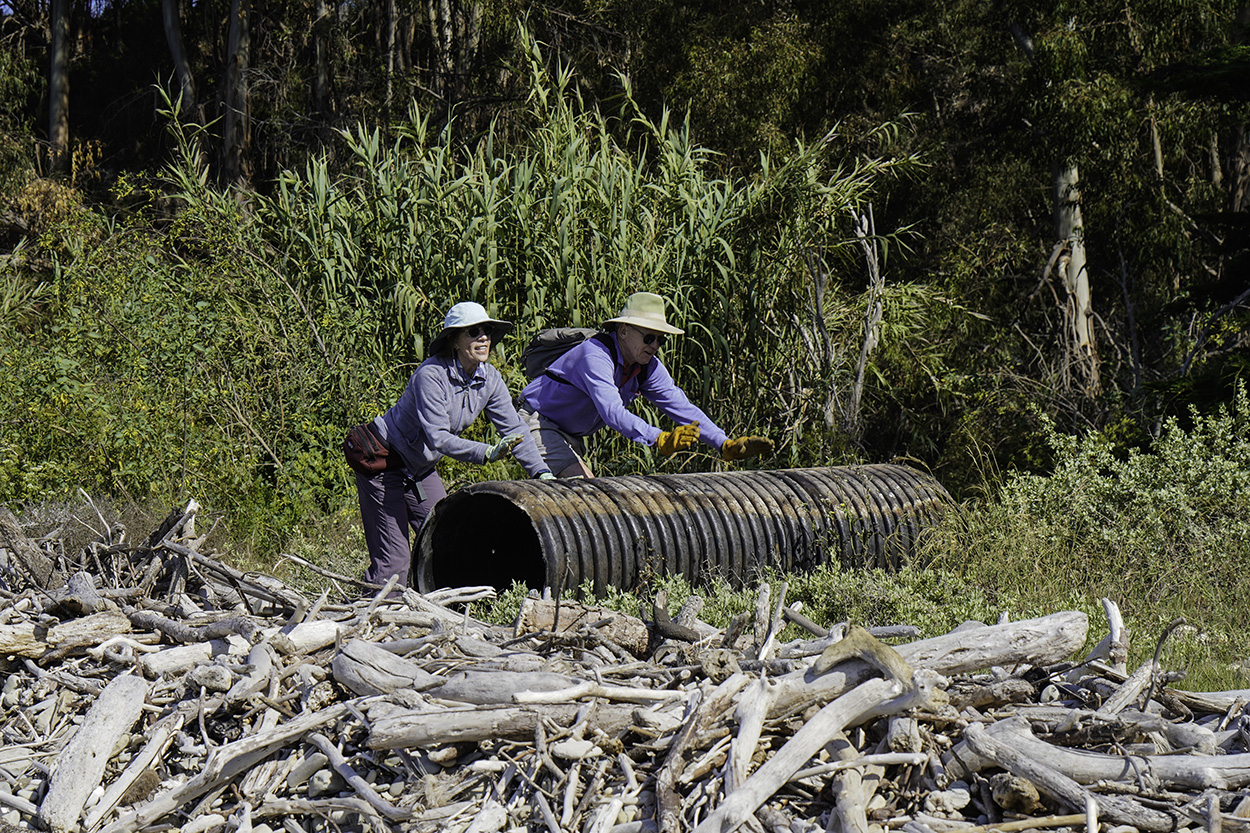 Knowing the landfill was not a good home for plastic, Warren put his creative Powers to work and came up with a solution. He called his wife Eva, a landscape designer who is also the volunteer President of the Board of the Santa Ynez Valley Botanic Garden. Eva knew this beach blight could be used for something at the Garden, but she was not sure exactly what: A culvert? A play tunnel for the visiting children?  Something for the potting shed? 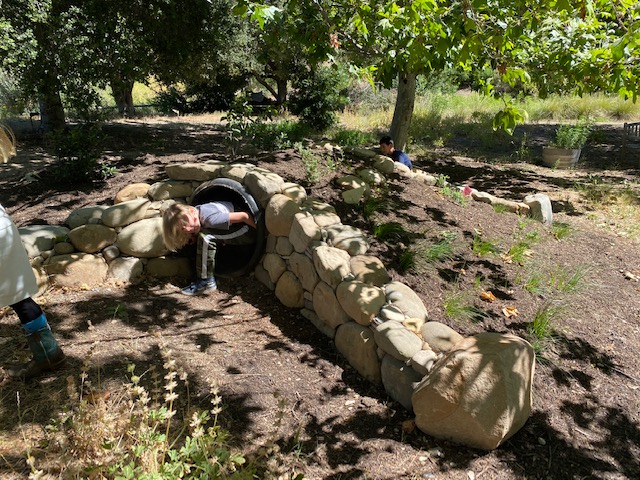 The tube sat behind the tool shed for a while . . . An idea finally came:  it could be turned into a play tunnel for the kids. A generous grant was procured from Montecito Bank and Trust. This grant allowed the botanic garden folks to hire a mason to create a retaining wall with local river rocks around the plastic tube. Next, native flora was planted.  And so this trash was converted to treasure. A perfect example of the environmental mantra:  Reduce, Reuse, Recycle!

Buellton Department of Parks and Recreation offers an outdoor summer program at the Garden under the leadership of Kyle Abello. Children are encouraged to crawl through this tunnel and then talk about underground critters. At the Garden, there are other great projects going on such as the creation of a medicinal plant garden and construction of a Chumash willow and tule hut, ”tule ‘ap”, under the guidance of tribal member Julio Carrillo. 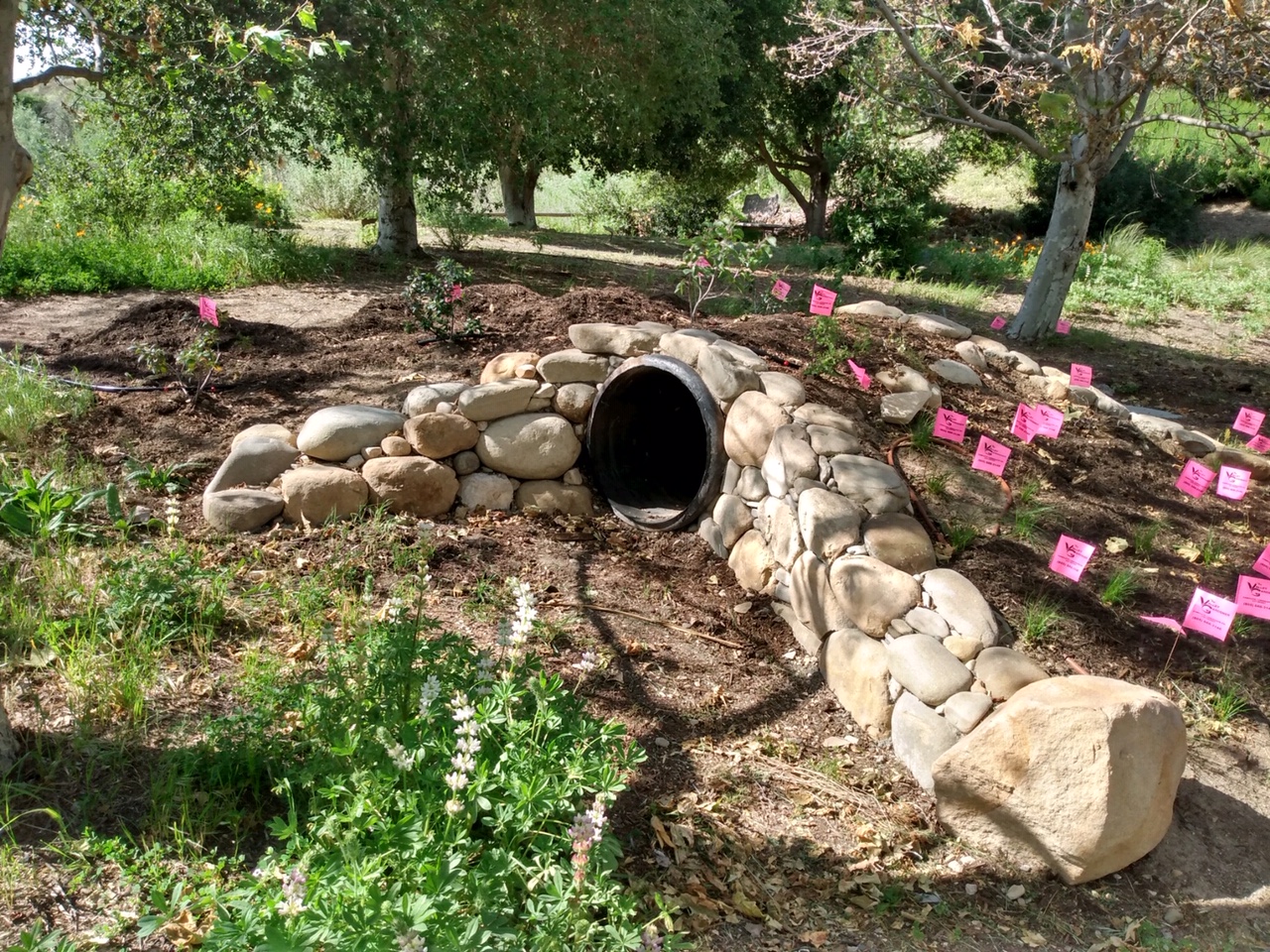 If you want to be inspired by the transformation of this trash to treasure, you might consider visiting the Santa Ynez Valley Botanic Garden in Buellton. See their website for more information at santaynezvalleybotanicgarden.org.

And next time you see a plastic out in the wild, remember Warren’s creative Powers and imagine how this trash could become treasure.

Thanks for cleaning the beach!