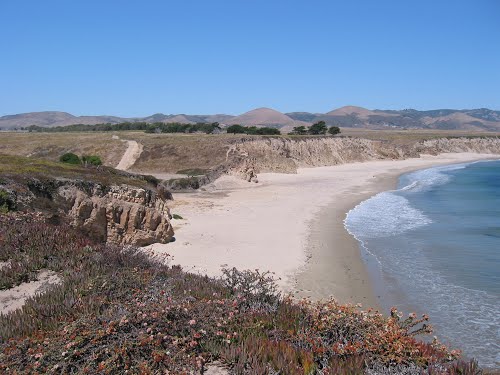 Santa Barbara County Superior Court Judge Colleen K. Sterne issued her long-awaited ruling in the latest chapter of the battle to gain public access to Hollister Ranch on Santa Barbara County’s Gaviota Coast. Like earlier rulings, Judge Sterne endorsed the engagement of the Gaviota Coastal Trail Alliance, an alliance that includes Gaviota Coast Conservancy, and outlined a path to litigate issues to be resolved in order to achieve more meaningful public access to the beaches and coastline of Hollister Ranch.

Judge Sterne’s February 8 ruling rejected all of Hollister Ranch’s objections and upheld the tentative ruling she had proposed on January 14, 2019, when the parties and their attorneys last met in court. The final ruling supplemented the prior tentative ruling by adding an explanation of why the circumstances of this case required that the court consider the public’s interest in determining whether the closed-door Settlement Agreement between the Coastal Commission and Hollister Ranch Owners Association should be approved or rejected. The Gaviota Coastal Trail Alliance argued the Settlement Agreement is both unfair and illegal, and must be rejected.

Filings are due on February 22 and March 8, and the parties will next be in court on March 18 at 8:30 am for a case management conference.

“This ruling reflects the importance of public interest advocates in this lawsuit” explained Marc Chytilo, attorney for the Gaviota Coastal Trail Alliance. “The judge has rejected Hollister’s efforts to remove us from the lawsuit and to marginalize the public. We are committed to representing the public and securing reasonable public access to all 8.5 miles of the beaches and tidelands adjoining Hollister Ranch.”

Susan Jordan, Executive Director of the California Coastal Protection Network and member of the Gaviota Coastal Trail Alliance Board of Directors stated: “Hollister has resisted allowing the public to access beaches and state tidelands for decades. This ruling, and the sustained efforts by state agencies and community organizations, are working to open up access to Hollister Ranch for the public who has been illegally excluded for far too long.”

“A continuous Coastal Trail from Gaviota State Park to Jalama has been COASTWALK’s goal for many years. Access across Hollister Ranch is an essential element, and this ruling is a step forward,” stated Cea Higgins, Executive Director of Coastwalk/California Coastal Trail Association‎, and a member of the Alliance Board of Directors.

"Conceived and approved decades ago, the Gaviota Coast Plan establishes a segment of the California Coastal Trail through Hollister Ranch that has been blocked for too long," said Santa Barbara County Trails Council President Otis Calef, a member of the Alliance Board of Directors.

Phil McKenna, chair of the Alliance’s Board and a member of the Gaviota Coast Conservancy Board of Directors, states: “This ruling restores our faith in the independence of California’s judiciary. Wealthy moneyed interests and powerful state agencies are equal to the public in the eyes of the law, especially when Constitutionally protected rights of coastal access are concerned. We applaud Judge Sterne’s analysis of these issues and trust she will carefully consider the views of the Alliance and faithfully implement the laws that are on the books to protect these important public rights of coastal access.”

“The result and reasoning of the court are precisely correct in placing substance over form. The public has a right to public beach and coastal zone access, and is entitled to be heard on the fairness of the proposed settlement. People of color, low income people, Native American people, people with disabilities, older people, and others protected by coastal justice under the Coastal Act are entitled to be heard, not only wealthy beach front property owners. California LULAC, GreenLatinos, and The City Project will continue the struggle with the Alliance to achieve coastal justice for all," declared Robert Garcia, the Founding Director and Counsel of The City Project, a non profit civil rights team. LULAC is the nation’s largest, oldest, and most respected Latino organization. GreenLatinos is a national network of environmental, health equity, and social justice leaders.

In 2013, Hollister sued to invalidate a 1982 Offer to Dedicate a public access easement granted by the YMCA. In May of 2018, the public got wind of a proposed Settlement Agreement between Hollister Ranch and the California Coastal Commission and the State Coastal Conservancy. Under that proposed Settlement Agreement, the State would waive its rights under the 1982 easements and any form of overland access to Hollister’s beaches in exchange for public rights to land small boats on a ¾ miles stretch of the beach. Hollister agreed to continue a long running invitational access program for scientists and educators but required funding from the state, but included a “poison pill” that excused Hollister from all obligations if the State sought to acquire public access anywhere on Hollister Ranch by eminent domain. The Settlement Agreement strongly favored Hollister, and when members of the Coastal Commission held the first public hearing on the proposed settlement in July 2018, nearly 1500 public comments were submitted, the vast majority objecting to the closed-door settlement’s terms.

The Gaviota Coastal Trail Alliance heeds the words of the Coastal Commission’s former Executive Director, Peter Douglas. “The coast is never saved. The coast is always being saved.”

Members of the public that support this effort are encouraged to visit the Gaviota Coastal Trail Alliance website to learn more, sign up to receive notifications, and make a contribution to achieve public access to Hollister Ranch. https://www.gaviotacoastaltrailalliance.org/