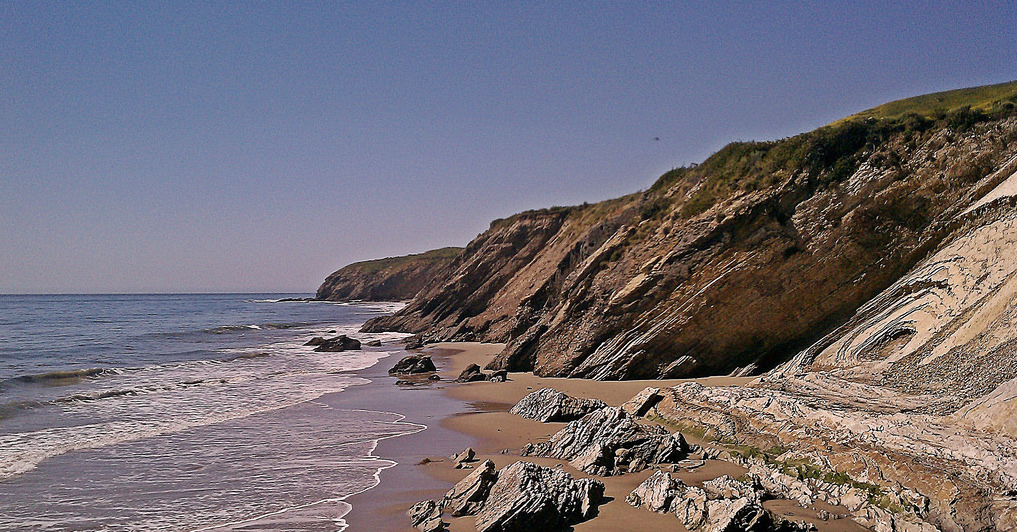 Today, the Hollister Ranch stands as one of the few privately owned sections of the coast inaccessible to the public. Unless you are an owner or know one that will invite you as a guest, you cannot legally go above the mean high tide line on the Hollister Ranch beaches. A rock formation that extends into the sea blocks people from walking down the beach from Gaviota State Park on all but the lowest tides, and a gatehouse and security force keep the public at bay.

Virtually all general public access to Hollister Ranch today is by boat. Repeated and sustained acts of vandalism have rendered the Gaviota hoist inoperable for extended periods of time, leading people to either launch small inflatables from Gaviota State Park or boat in from Santa Barbara harbor. Conditions in the Santa Barbara Channel can change rapidly and the waters can be quite dangerous at times. Hollister’s famed surf breaks and empty beaches are typically only enjoyed by owners, invited guests, and those with boats that beach-launch from Gaviota State Park or make the long ride from Santa Barbara harbor.

While the Coastal Act requires the provision of maximum public access to the coast, that provision is not self-executing, and rights of public access are typically granted as conditions of development approvals. Depending on how effective local governmental agencies are, how engaged the public is, and how resistant the landowner is, there are a wide variety of access rights along part of Santa Barbara County’s coastline. Hollister Ranch is one of the least accessible privately owned areas of Santa Barbara’s coastline.

In 1970, the YMCA purchased a 160 acre parcel, including road access easements and easements to access a 3880 foot stretch of beach as part of a planned recreational facility. In 1971, the Hollister Ranch was subdivided to create the Ranch as its known today. In 1979, YMCA applied for a Coastal Development Permit for a recreational lodge on their parcel that was approved, subject to condition including a mandated public access program for up to 50 people per day to be shuttled in for day use of the 3880 foot stretch of beach. The permit was exercised and some development started on the lodge, but it was never completed and the mandated public access program never completed.

In 2013, Santa Barbara County Board of Supervisors declined to accept the YMCA’s “Offer to Dedicate” the easement for access to the beach, and as required by law, the California Coastal Conservancy accepted the easement and was immediately sued by Hollister Ranch. Hollister argued the OTD was invalid, along with a host of other claims.

The Lawsuit and Settlement Agreement

The case has been in litigation since, and in Spring of 2018, a settlement was proposed whereby the public could go onto the private 3880-foot stretch of dry sand beach for day use, accessed by boat only, subject to a number of restrictions. The Santa Barbara Independent published that Hollister Ranch settles with State to provide limited public access. Practically, this would allow the non-boat-owning public to kayak or paddle board from Gaviota State Beach to the 3880-foot beach and to pull onto the dry sand. From there, it's possible to walk in wet sand (below the mean high tide line) or paddle to surf Drakes and Razors.

The Settlement Agreement also makes an on-going voluntary Hollister Ranch managed access program permanent. This program invites up to 44 groups annually of K-12 school groups, groups of disabled, special needs and disadvantaged youth, as well as disabled groups such as wounded warriors, to visit the Ranch and surf.

Although the Coastal Commission and Conservancy, along with Hollister Ranch, had proposed to enter this settlement quietly, Judge Colleen Sterne, while making a preliminary determination that the Settlement was a fair resolution, ordered the parties to publish notice of the Settlement in newspapers and allow objecting parties to file to intervene in the lawsuit by July 23 and to lodge objections to the settlement.

A final hearing in court to consider the settlement has been scheduled for September 10. The Coastal Commission has created a website for the public to review documents and provide comments to the Commission, https://www.coastal.ca.gov/hollister-ranch/, however the Commission and Conservancy Boards have each approved entry into the Settlement Agreement in closed session. There has been no public Commission or Conservancy hearing on the settlement.

Gaviota Coast Conservancy is investigating the terms, considering the pros and cons of this proposed settlement, and exploring related issues concerning public use and access to Hollister Ranch. The YMCA easement is not the only authority for obtaining public access to parts of the Hollister Ranch, but it’s the one that is in play right now.

Thank you for supporting Gaviota Coast Conservancy’s work on the Coastal Trail, public access, saving Gaviota Coast open spaces, promoting regenerative agriculture, stopping the industrialization of the Gaviota Coast and fighting development by making a contribution here. You keep us in action!