Stand in the Sand

Posted by Nancy Black 563sc on 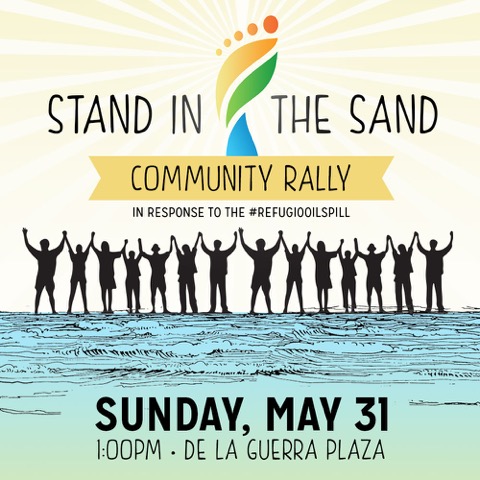 Stand in the Sand is back. Formed in response to the Gulf Oil Spill in 2010, Stand in the Sand gathered 1000 residents on West Beach to show our solidarity with our Gulf neighbors in response to that disaster. Now we're responding to the Refugio Spill as it has landed in our own back yard. A coalition of groups including GCC are hosting a parade on State St. on Sunday, May 31st. The Parade is dubbed The Stand in the Sand #SunshineParade, a community gathering and activation to "Stem the black tide and ride the green wave."

Find out more on the Stand in the Sand Facebook event page.
Please tweet about the event to invite everyone using the hashtag #StandInTheSand
and follow the new Gaviota Coast Conservancy feed: @GaviotaCoastC

Thanks for all your work in response to this spill. You are all heroes.

Please check your e-mail for a link to activate your account.
Donate Volunteer Find an Event