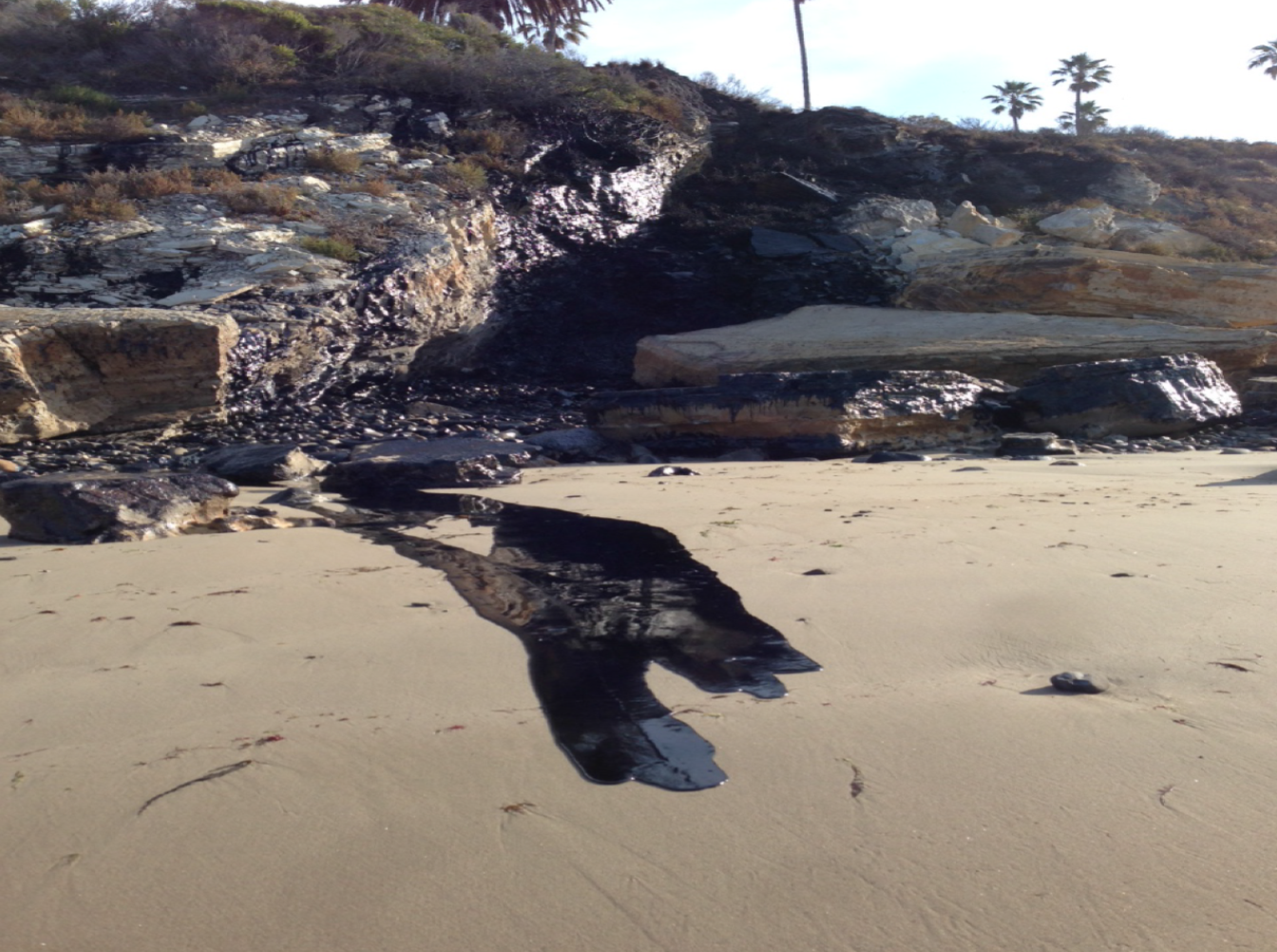 As the second day of the Refugio Oil Spill winds down, more questions arise as more information becomes available. Why wasn’t the leak detected immediately, and why has it taken so long for containment and cleanup efforts to engage? Why has a distant firm been retained to lead the cleanup effort when local firms have the equipment and resources to start the cleanup? How could this section of pipeline be inspected two weeks ago and presumably cleared for use, yet then fail so catastrophically? During permitting and in a subsequent lawsuit, the operator successfully argued against local oversight in favor of the State Fire Marshall – the only pipeline in the County without local oversight. Was the State as vigilant as it needed to be? Why did the County’s Emergency Operations Manager initially say this was an abandoned pipeline?

The spill has grown to 105,000 gallons from 21,000, and from four miles wide to nine. Calm winds have been replaced this evening by strong offshores, which will likely blow the now two oil slicks off shore and away from the coast. Air pollution from the oil slick is a health hazard, prompting public safety advisories to warn humans to stay away – but marine critters won’t get the memo. The number of oiled birds and animals is expected to rise dramatically in coming days. Both Refugio and El Capitan Campgrounds have been closed to the public as the slick moves easterly, towards Santa Barbara. Representatives of local Chumash tribes have been notified and are providing monitors to ensure consideration of sensitive resources.

The Los Angeles Times reports that the pipeline operator, Plains Pipeline, has a rate of incidents per mile three times greater than the national average. Plains is number five in incidents nationally, among 1,700 pipeline operators. They have repeatedly stated their “deep regret that the release happened.” This pipeline carried up to 6,300,000 gallons of oil daily.

Due to the hazards and the nature of current cleanup activities, volunteers are not desired at the site at this time. See https://calspillwatch.dfg.ca.gov/Spill-Archive/Refugio-Incident/Volunteer to learn when and how you can help out.

Local groups are planning a "Stand in the Sand" event at Noon on Sunday, May 31, on State Street in Santa Barbara.