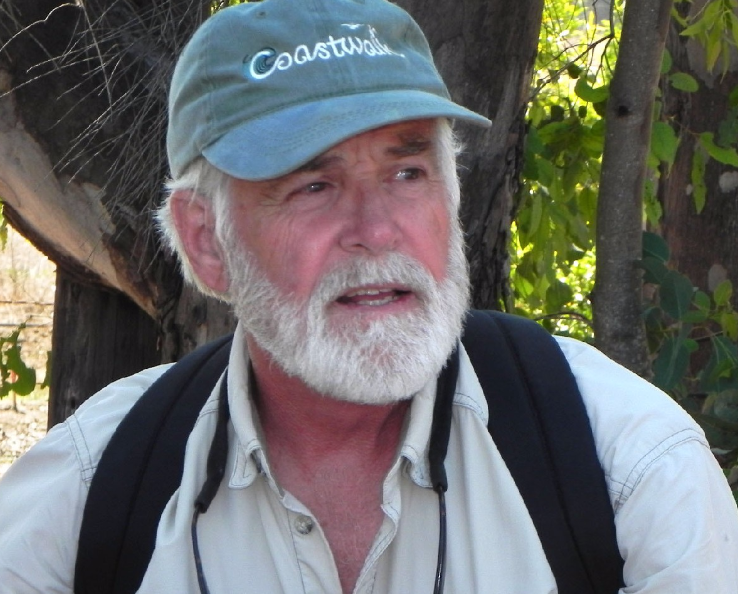 A retired state park ranger with 25 years of service, Lunsford is known for his achievements in resource management, and the creation of the Gaviota State Park trail system.

Lunsford became a charter member of the Gaviota Coast Conservancy Board of Directors, where he served as president for 15 years.

“There is something about having your worth validated that induces a deep sense of satisfaction and contentment,” he said.

“You are my colleagues, my collaborators, and friends, so to receive such recognition from you gives me great pride and humility. I believe GCC will continue to accomplish extraordinary things,” he said.

U.S. Rep. Salud Carbajal paid tribute to Lunsford with a Certificate of Special Congressional Recognition presented by his predecessor, Rep. Lois Capps, who represented the Central Coast for two decades in the House of Representatives.

During Lunsford’s acceptance, he thanked friends and family for their continued contributions to the legacy of the Gaviota Coast Conservancy, pointing to numerous shared legislative and environmental triumphs along the way.

“In creating the Coastal Legacy Award, we sought to honor in individual who has offered a lifetime of service and leadership in the ongoing mission to protect the Gaviota Coast,” GCC President Steve Forsell said after the event.

“In selecting Mike as our first honoree, we’ve set that bar very high. Mike Lunsford’s commitment to the preservation of the Gaviota Coast is legendary,” Forsell said.

The 76-mile Gaviota Coast in Santa Barbara County encompasses many of the coastal watersheds of the Santa Ynez Mountains. The coast is known for its remote beaches, rural landscapes, and expansive ocean, island and mountain views.