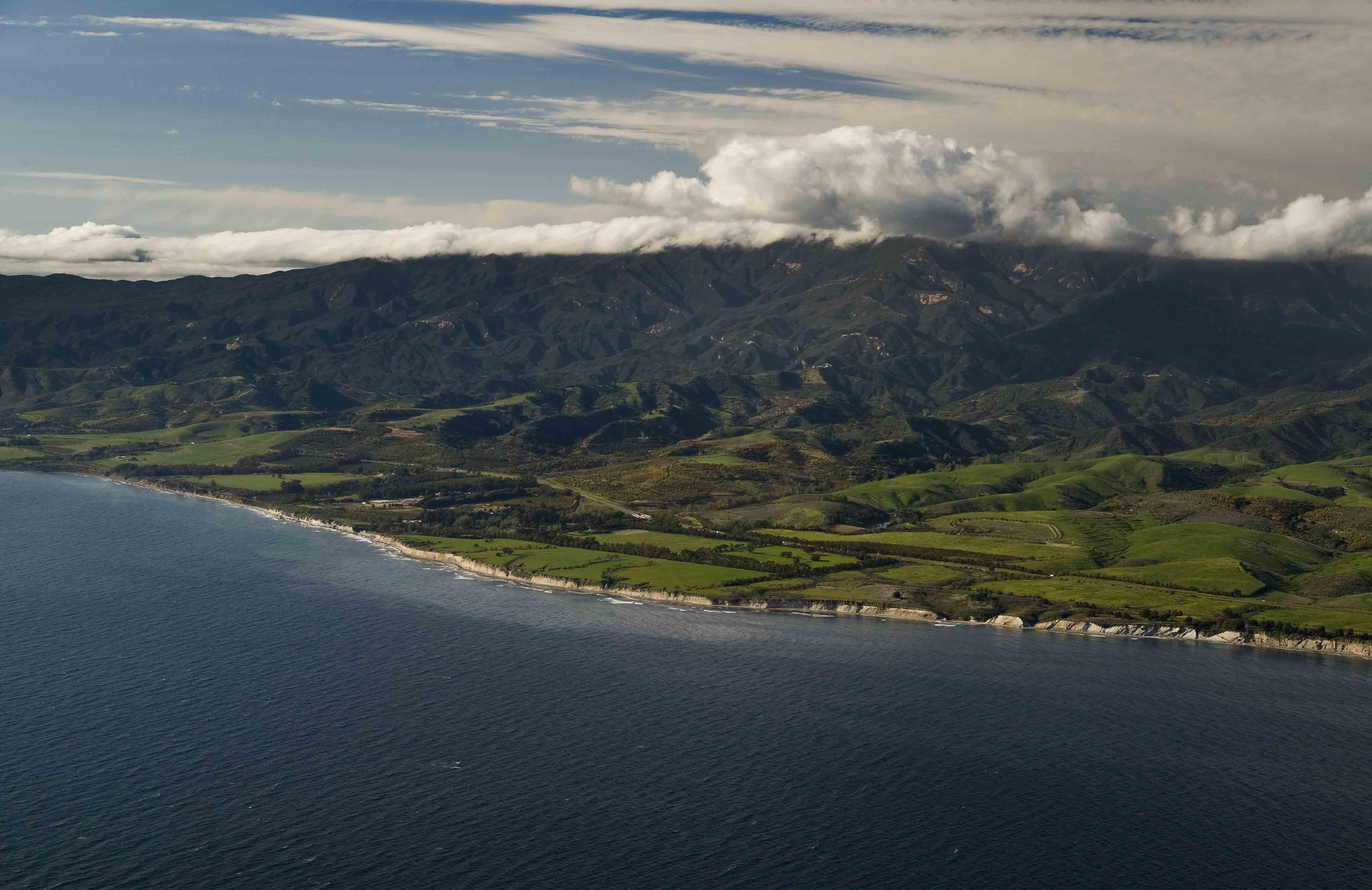 The Gaviota Coast forms the northern shore of the biologically important Santa Barbara Channel. This area's complex sea bottom topography of ridges, islands, and basins greatly influences such factors as current flow and sediment transport to create a diverse collection of marine environments. The Gaviota Coast is continually enriched by converging currents which mix northern and southern species, producing a transition zone of increased biodiversity. Frequent winds create an up-welling of nutrient rich water--one of the factors that accounts for the high productivity and diversity of the region.

Some of the marine animals to be found along the Gaviota Coast include Albacore, Northern Anchovies, Pacific Bonito, Mackerel, and in years with warmer currents, Yellow Fin Tuna, Dorado, and Striped Marlin. In addition, Dolphins, Gray Whales and other marine mammals can be found in large numbers off the Gaviota Coast. This area also supports such endangered species as the Guadalupe Fur Seal, the Blue Whale, the Tidewater Goby and the Southern Steelhead Trout.

When considering the Marine Resources of the Gaviota Coast, it's important to recognize that marine ecosystems are intimately related with their terrestrial counterparts. What takes place on land can have profound effects on neighboring watersheds. For more information on the Gaviota Coast's terrestrial resources, contact the Santa Barbara Natural History Museum.