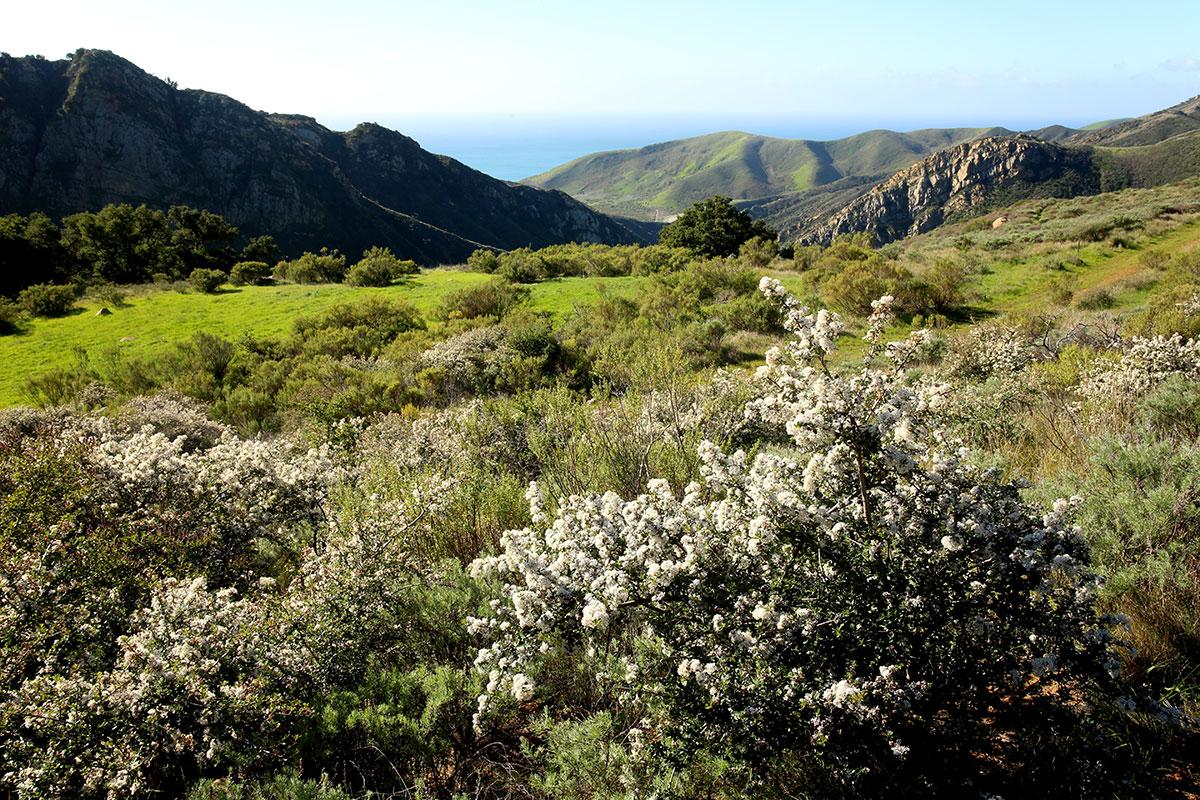 The indigenous botanical resources of the Gaviota Coast include rich and complex associations of plant species and vegetation types that are characteristic of Central Coastal California and also unique to the region. The many landforms of varying ages, origins, and composition; the transition zone between northern and southern biogeographic areas along the California coast at Pt. Conception; and the regional, seasonal, and changing climatic conditions contribute to the formation of a large number of habitats and subsequently a diverse flora.

Broad appreciation for the Gaviota Coast exists not only because of the region’s varied landscape, rich biological diversity, and unique natural heritage, but also because of the goods and services provided to its residents and visitors that contribute to the special nature of the region. The Gaviota Coast provides a distinct sense of place and it is of major importance as a natural classroom for all levels of training and investigation. Conservation of the natural heritage, including restoration of its habitats and recovery of sensitive species, is of paramount importance to our quality of life and to that of future generations. Successful stewardship of the region’s natural resources, including maintaining a balance between conservation and utilization of resources, is of global interest and is a significant contribution toward leadership in the conservation of Mediterranean-climate ecosystems in general.

The rich botanical heritage of the Gaviota Coast is perhaps best portrayed as a result of many contrasting features and phenomena. These contrasts have coalesced along the Gaviota Coast in time and space to produce botanical resources that are, by nature, a combination of what has been (e.g., persistent relictual species); what is (current conditions and resources); and to some extent that which is yet to come (e.g., environmental trends and evolving genotypes of the regions biota). In addition to the many environmental contrasts in this transition area, ongoing migration and evolution of plants are important factors contributing to the formation of the rich botanical resources. These resources include endemic species, unique peripheral populations, and natural hybrids of species whose ranges overlap.

The biogeographic significance of the Gaviota Coast also is characterized by various categories of special interest species, including northern-affinity, southern-affinity, island-affinity, and regionally endemic plants. A combination of restricted geographic occurrence and habitat preference, as well as potential for vulnerability due to natural or anthropogenic factors, has resulted in at least 20 species or subspecies being listed as sensitive, (endangered, threatened, or of special concern). Furthermore, at least 52 plant species with potentially unique and important peripheral populations (populations at the geographic limits of a species range) occur from a wide array of habitats including bluffs, dunes, mesas, outcrops, vernal pools, seeps, estuaries, and riparian corridors; and an equally array of vegetation types including forests and woodlands, scrub and chaparral, annual and perennial grasslands, and a multitude of wetland types.

The combination of environmental complexity and rich natural heritage contributes to the formation of one of the most interesting botanical regions in North America. Mediterranean-climate regions of the world have been identified by the United Nations in its global Millennium Assessment to be biodiversity “hot spots” and among the Earth’s most important areas to be protected. However, the UN also has targeted these areas as highly vulnerable to deleterious impacts from rapidly increasing populations, urban expansion, and climate change. Ongoing commitments to conserve the Gaviota Coast demonstrate appreciation for the significance of the region; understanding of the fragile nature of Mediterranean regions in general; and leadership in conservation of the Earth’s Mediterranean resources and the goods and services they provide to the populations they support and beyond.