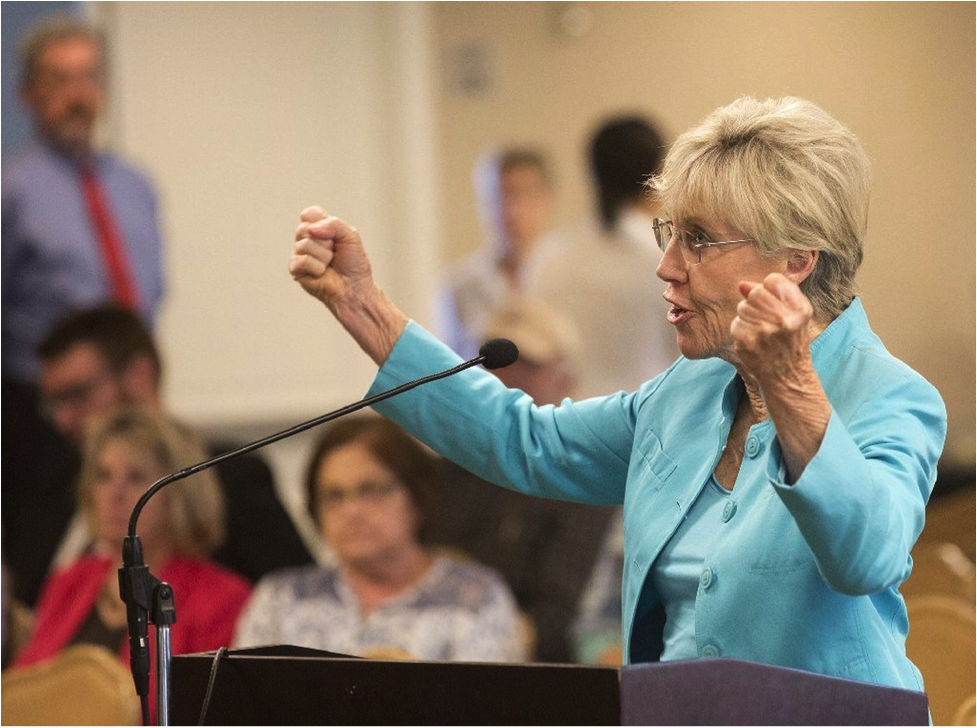 And what a discussion it has engendered! Started by Steve Lopez’ columns from the Los Angeles Times, like these:

Soon you can visit this pristine California beach — if you're a nearby landowner, on a guided tour or willing to paddle 2 miles

California's newest public beach is glorious, but you have to paddle to get there — and the trip is treacherous

Hollister Ranch access agreement is a wipeout and a sellout, hundreds of beach lovers scream

And now today's front page of the California section of the LA Times:

Judy Alexander of Santa Barbara, who said the Hollister Ranch settlement is concerning, calls on the Coastal Commission to fight for public beach access for all. (photo by David Royal / For the LA Times)

Here's local editor Jerry Roberts' take on it, in Newsmakers

In Courthouse News and Noozhawk

In addition to that and upcoming NPR coverage, we had a San Jose CBS reporter rent a kayak and try to paddle it himself, which caused a splash! 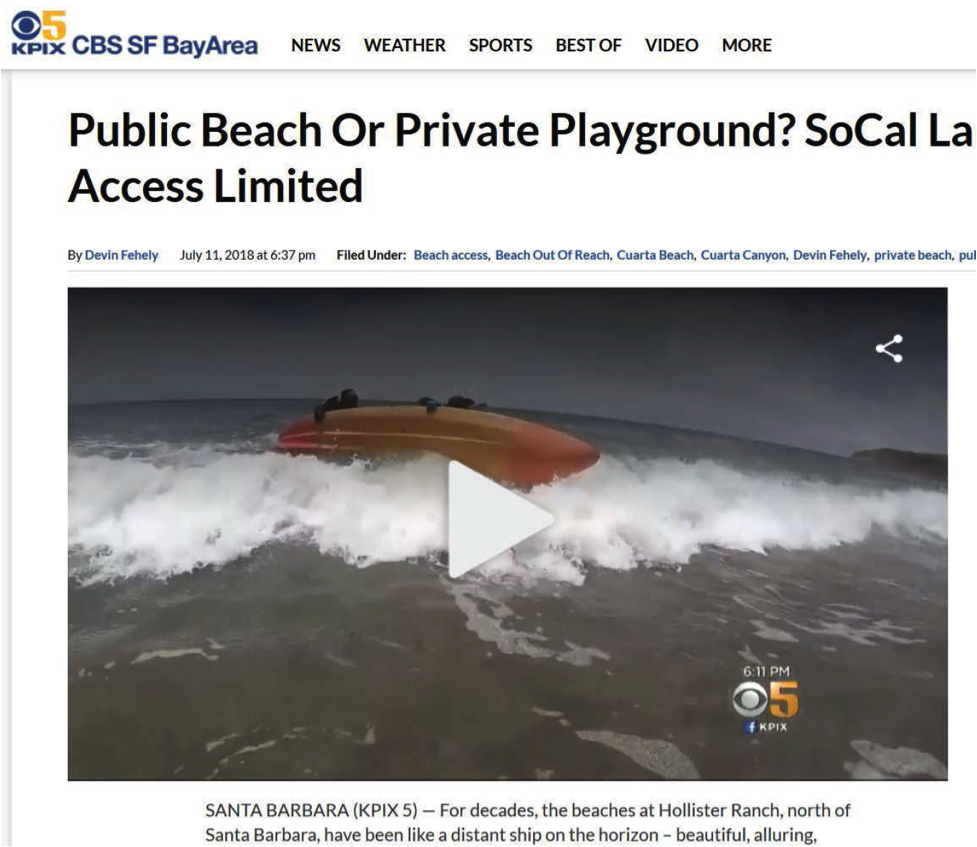 On July 13, the Coastal Commission held a hearing about the settlement and received nearly 1500 emails, nearly all opposing the settlement.

Which leads us to Judge Colleen K. Sterne’s courtroom. Back in May, she was presented with the settlement, but felt she could not rule on it until there was public notice. Judge Sterne set July 23 as the date by which anyone that wanted to intervene in the lawsuit - and to comment upon the Settlement Agreement - to file papers. And that’s what happened today.

This is a big undertaking, and the Alliance is asking beach lovers and coastal access champions from across the state to donate to this effort.

Supporters are encouraged to contribute to what is expected to be a protracted effort for public access to Hollister Ranch.