For several Years, Gaviota Coast Conservancy has been in charge of trash pickup on Refugio State Beach on Coastal Cleanup Day. In so many ways, this year is different. We are encouraged to go visit our favorite beaches, pick up trash and avoid crowds. And so, I set out with a friend or three each week to do my part.

DAY 1: First, I was invited to sail to Santa Cruz Island with Rich and Jane. This was not necessarily a trash reconnaissance.  We had our eyes focused on looking for whales, dolphins and other ships as we navigated in and out of the fog. Seas were calm and glassy. “What is that up ahead?”, I asked. “it looks like a buoy” Jane replied.  “But what’s it doing way out here?” Rich said he thought it was a bird. As we got closer, we realized the object was neither a buoy nor a bird. It was a bundle of mylar balloons! Aha, trash! Captain Rich steered toward the plastic discards and handed me the buoy hook. Alas, we fetched the unicorn-embellished balloons out of the ocean. Hopefully, we prevented a seabird or mammal from getting tangled up in someone’s celebration. Ocean trash is not only unsightly but can be dangerous to sea life. And yes, we did get to see pods of those playful dolphins and a majestic blue whale on that trip. 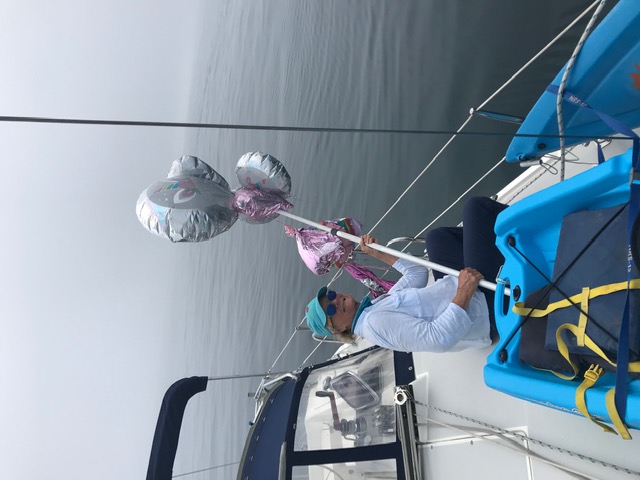 DAY 2: It being a whole month of Coastal Cleanup, I set out with Jane on our kayaks from Goleta Beach on Labor Day weekend. Knowing we could not stop and linger on this holiday because beaches were only open for those activities that keep your person in motion, we paddled up the coast. The search was ON for tidbits of plastic and other manufactured discards that did not benefit birds and sea life. Those Explore Ecology kids must have been there before us as pickings were slim. 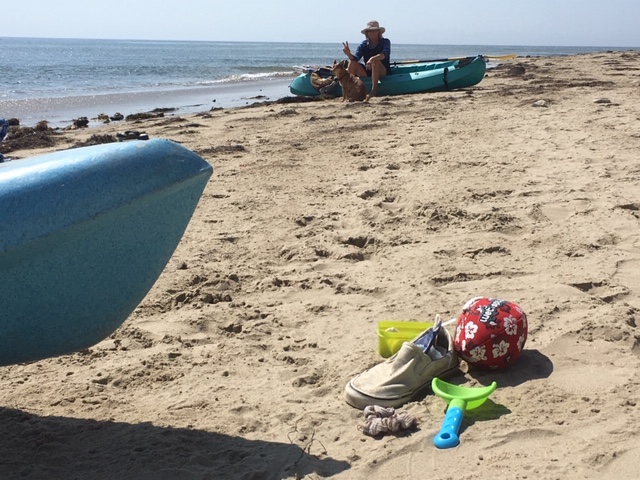 DAY 3: The next Coastal Cleanup session took Kris, Sally, Nancy and me to Naples Beach even though we suspected there might not be much trash. This stretch of Gaviota Coast is more remote where the occasional visitors tend to respect the pristine nature here. It was an opportunity to take in some beautiful scenery, jump in the water and check our trash intuition. We hardly found a remnant of undesirable rubble. 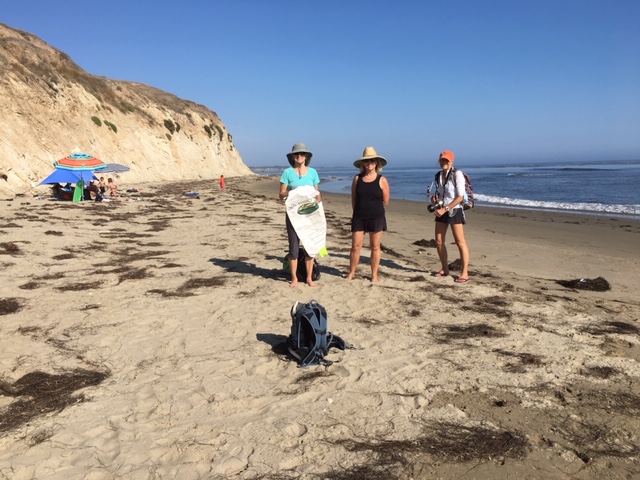 DAY 4: Max, Elizabeth, Dianne and Carell contacted me to enlist in the GCC Volunteer Cleanup Core. We met at Refugio State Beach and headed east and west sweeping the sand for treasure and plastic doubloons. This scenic, well-used beach gave us a sense of purpose. We encountered more rubbish than at the other places we scoured. We also discovered a pretty bush with pink flowers growing out of the side of the cliff. I texted a picture to Dr. Lisa Stratton who identified it as the highly-invasive Tamarix! Perhaps we should go on an invasive plant cleanup one day. Meanwhile, we ended up at Naples again for a picnic on this rewarding day. 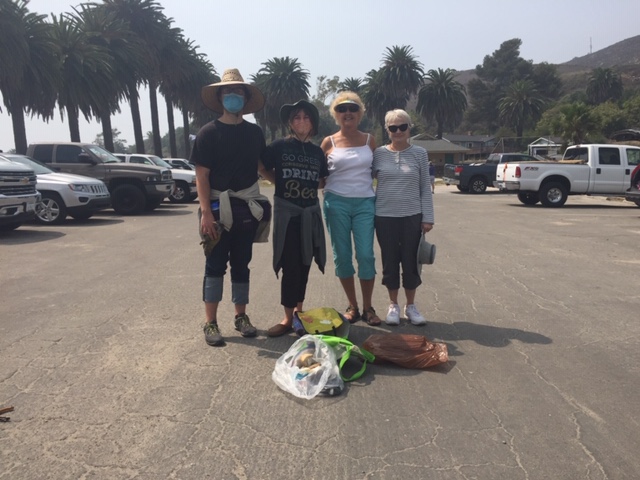 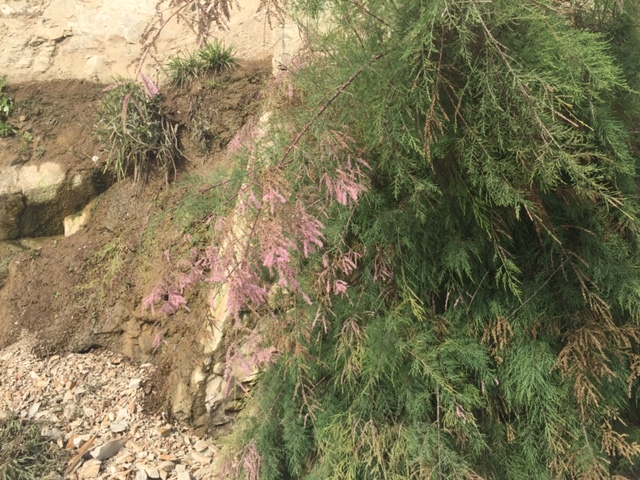 Nancy and Rich took trash initiative on themselves at Hendry’s 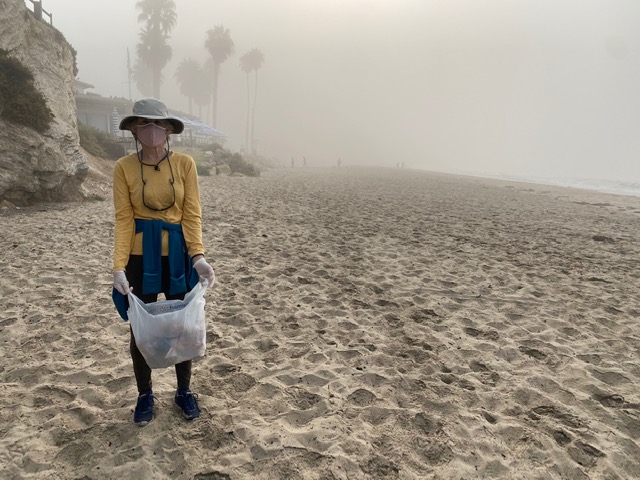 Thank you to Explore Ecology, Surfrider and ALL volunteers who helped clean up our beaches this month. May each of you help continue the project, on a daily basis, indefinitely.