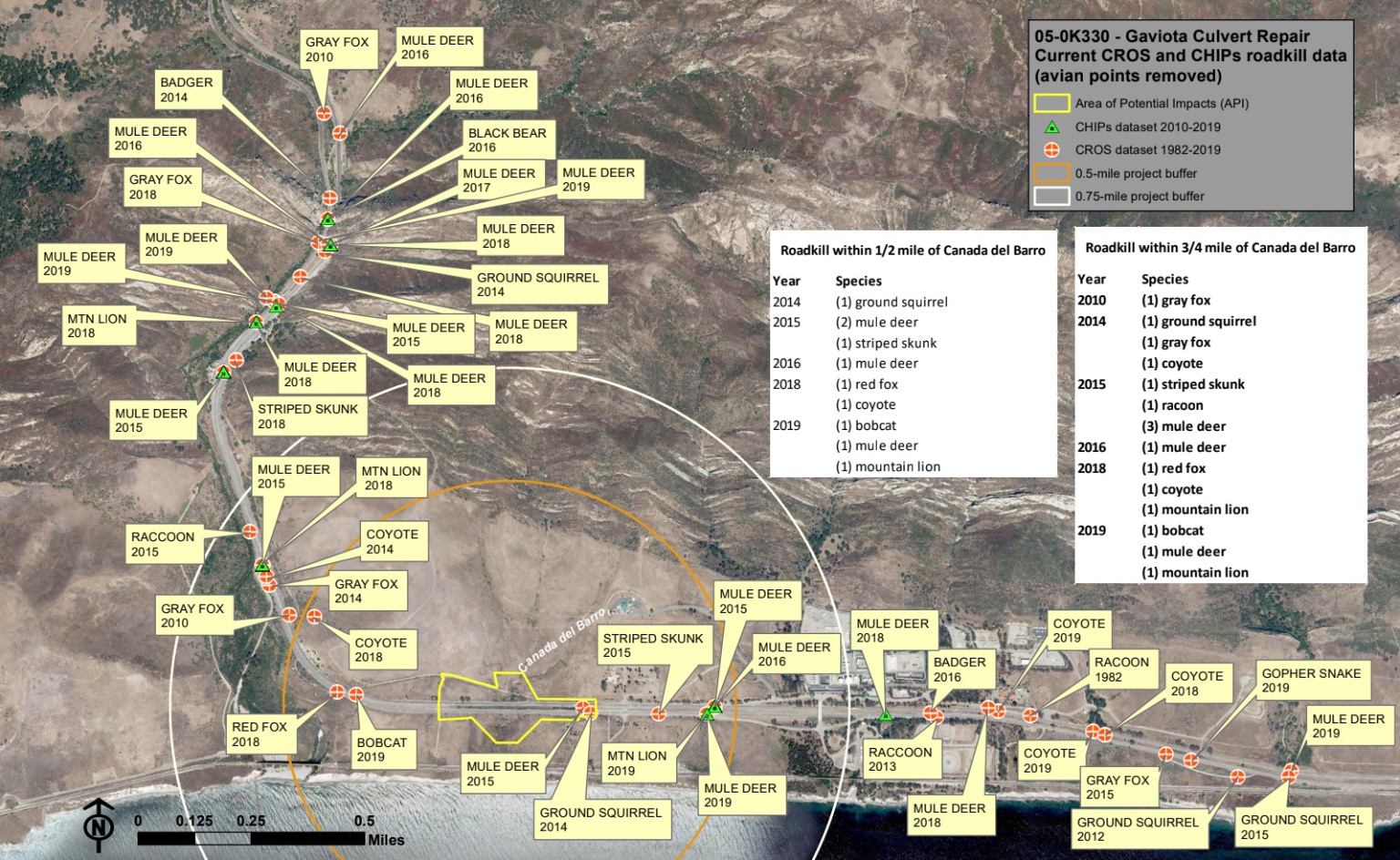 Roadkill data from near Canada del Barro, which is the yellow shape in the lower left.

A few phone calls by Supervisor Gregg Hart to Caltrans have rescued the highway agency’s project to replace a large culvert under the 101 just east of the Gaviota Pass. The work had been successfully appealed by two Gaviota groups earlier, on September 1. They convinced the supervisors that the culvert should be larger, big enough for deer and bear to pass through because so many wild animals were being killed on that stretch of the highway. They also asked that a trail proposed in the Gaviota community plan be provided. Only Supervisor Hart disagreed with the appellants that day, but on Tuesday morning, the rest of the four supervisors changed their minds after Caltrans agreed to fund a wildlife corridor study.

Read the entire article here at the SB Independent